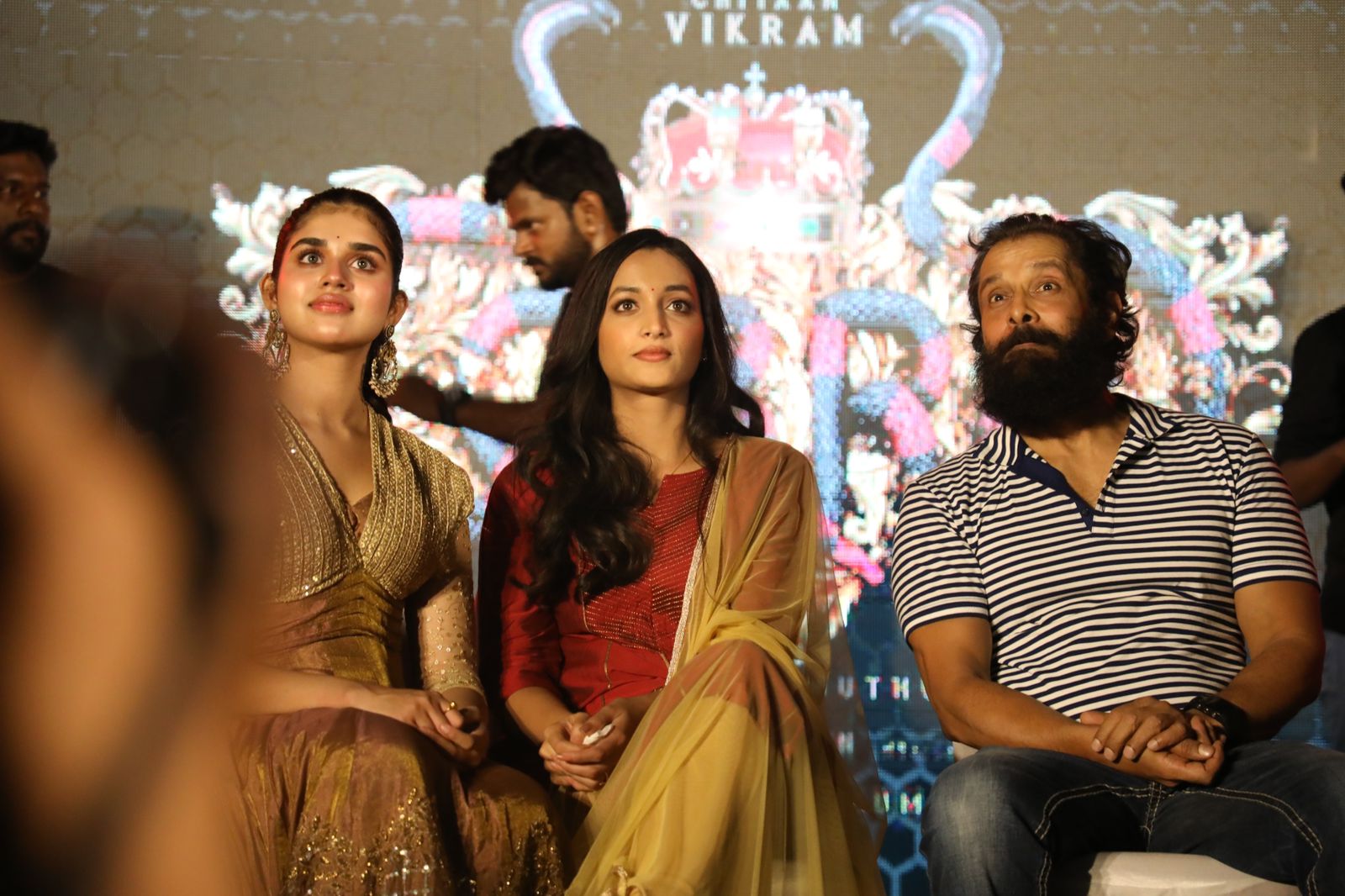 With the promotional activities of Cobra happening at important cities in the South, Team Cobra descended upon the Temple Town of Madurai as the spectators were treated to a sumptuous feast with the Team reaching them all out!

Directed by Ajay Gnanamuthu and produced by S.Lalith Kumar through Seven Screen Studio, the film featuring Chiyaan Vikram, Srinidhi Shetty, Mrinalini Ravi, Meenakshi Govindarajan, all of whom were present on the occasion.

The main cast of the film met the patrons at the American College, Madurai and there was a joyful interaction!

Meenakshi Govindarajan said that she was glad to be present at the promotional campaign.

Mrinalini Ravi thanked the vast multitude of people who had come in.

Srinidhi Shetty said that she is very happy as this is her debut film in Tamil.

In his speech, Vikram said that the very mention of the name of the place initiates him to roll his moustache! He also said that he cherishes good memories of the place which has a special place in his heart!

The film is scheduled for release on August 31st with musical score by A.R.Rahman.