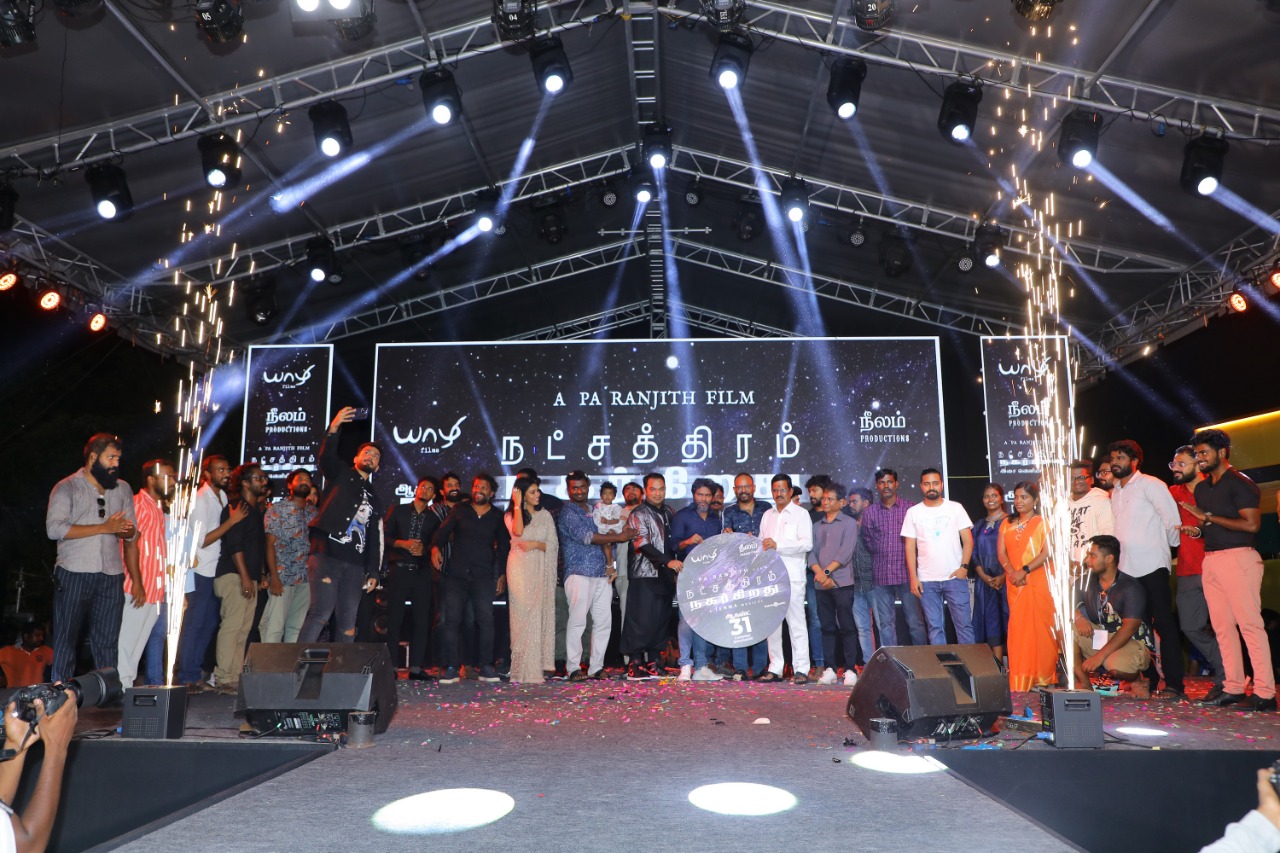 The music launch of Pa. Ranjith’s directorial, Natchathiram Nagargiradhu bankrolled by Neelam Productions in collaboration with Yaazhi Films was held on a lavish scale at a popular Mall in the city which was punctuated by the presence of a number of celebrities from filmdom!

For the first time, Pa. Ranjith has looked beyond Santhosh Narayanan and has let Thenma score the music for this film, the songs of which have already created a big sensation! A live musical performance set the ball rolling which was followed by speeches by film personalities!

The film’s cast comprising Kalidas Jayaram, Kalaiarasan and Dushara Vijayan spoke their hearts out while delivering their respective speeches.

Thenma the composer mentioned his heartfelt thanks to Pa. Ranjith for having given him a great opportunity to score the music transforming me from an independent composer since the past 15 years to a film composer!

Directors Vetrimaran, Venkat Prabhu and Sasi too spoke about the maker and his making that has already paved the way for great expectations!

Manoj of Yaazhi Films reasoned out the logic behind his decision to collaborate with Pa. Ranjith.

Pa. Ranjith said that the word Jai Bhim has brought him so far. Ever since his start with Attakathi, he has travelled a long way and thanked Kalaipuli Thanu Sir for the freedom he gave while Kabali was made! He spoke about the growth of those who travelled with him and said that they turned successful on the strength of their own merits!