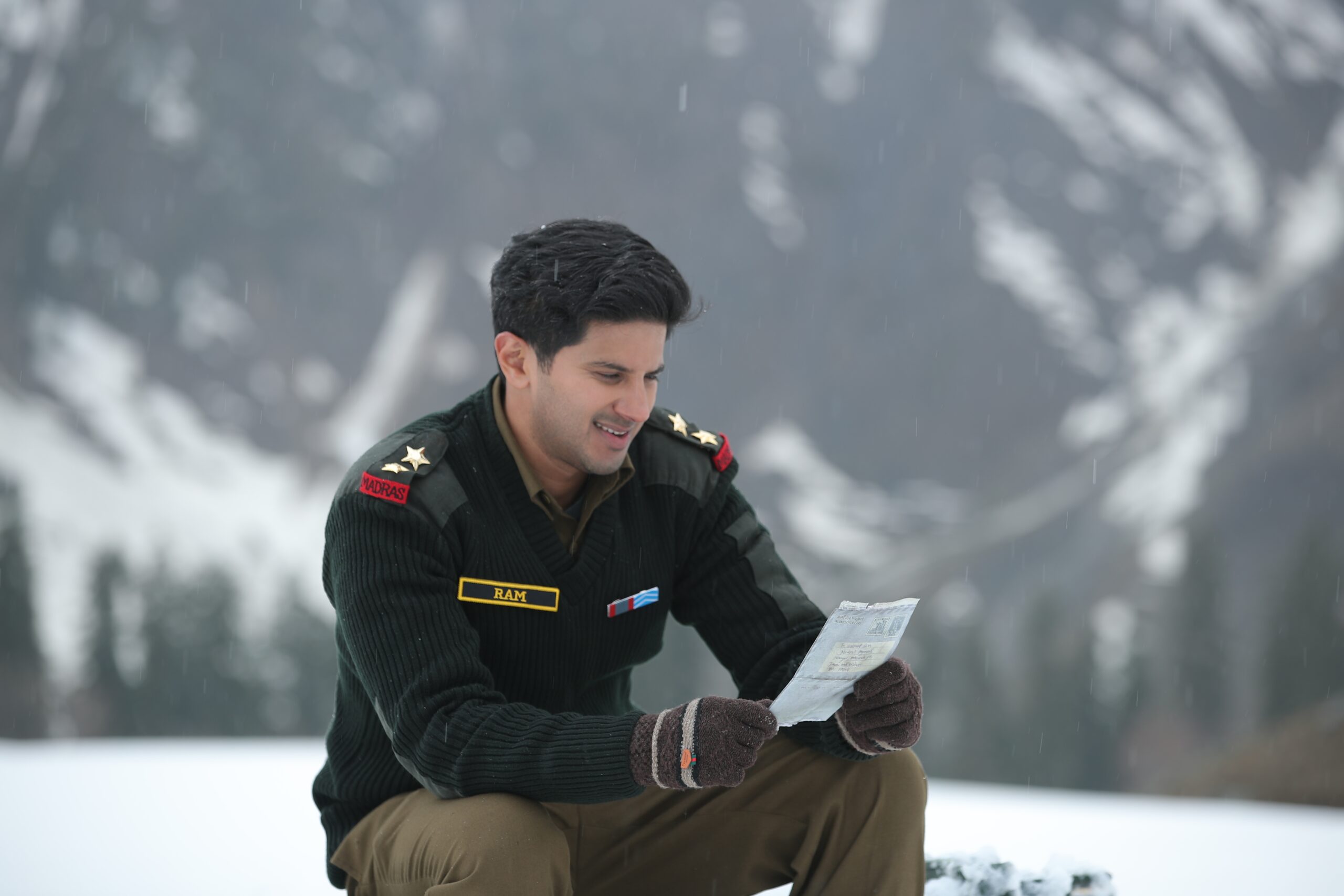 Romantic tales are always the hot favourites of filmmakers, film buffs as well as film critics though the template will basically be the same expect under exceptional circumstances!

This much hyped film hailed as a love story like never before had actually raised the bar of expectations; some film influencers in social media even raised doubts as to how a tale of romance could be different from the routine and hence could it be claimed thus!

Well, Sita Ramam proves beyond any doubt that the premise of this tale of romance is something which that one normally gets to see on the silver-screen!

The poetic narration and the pleasing visuals make the film stand out tall despite its length and a few scenes that try your patience, especially those involving Vennila Kishore.

Given the fact that Dulquer Salman is a natural charmer, he manages to carry the character of Rama quite effectively while Mrunal Thakur as Sita Mahalakshmi looks refreshing putting up a decent performance! Rashmika Mandanna is adequate and her characterization departs pleasantly from what the audience saw of her in Pushpa!

Set against the Indo-Pakisthan warfront, the screenplay caresses a love story between Lieutenant Ram and Sita Mahalakshmi while Afreen who is the grand -daughter of a Brigadier carrying the letter written by Ram to be handed over to Sita over a gap of 2 decades!

The film’s USP is the unexpected twists and turns that the screenplay offers time and again to keep the audience hooked up to their seats while looking up at the screens!

Vishal Chandrasekar has come up with some scintillating numbers!

One doubt-Ram keeps addressing his senior colleague as Sir; does it happen this way amidst Army Soldiers..