GET TO KNOW THE ‘THUGS’! 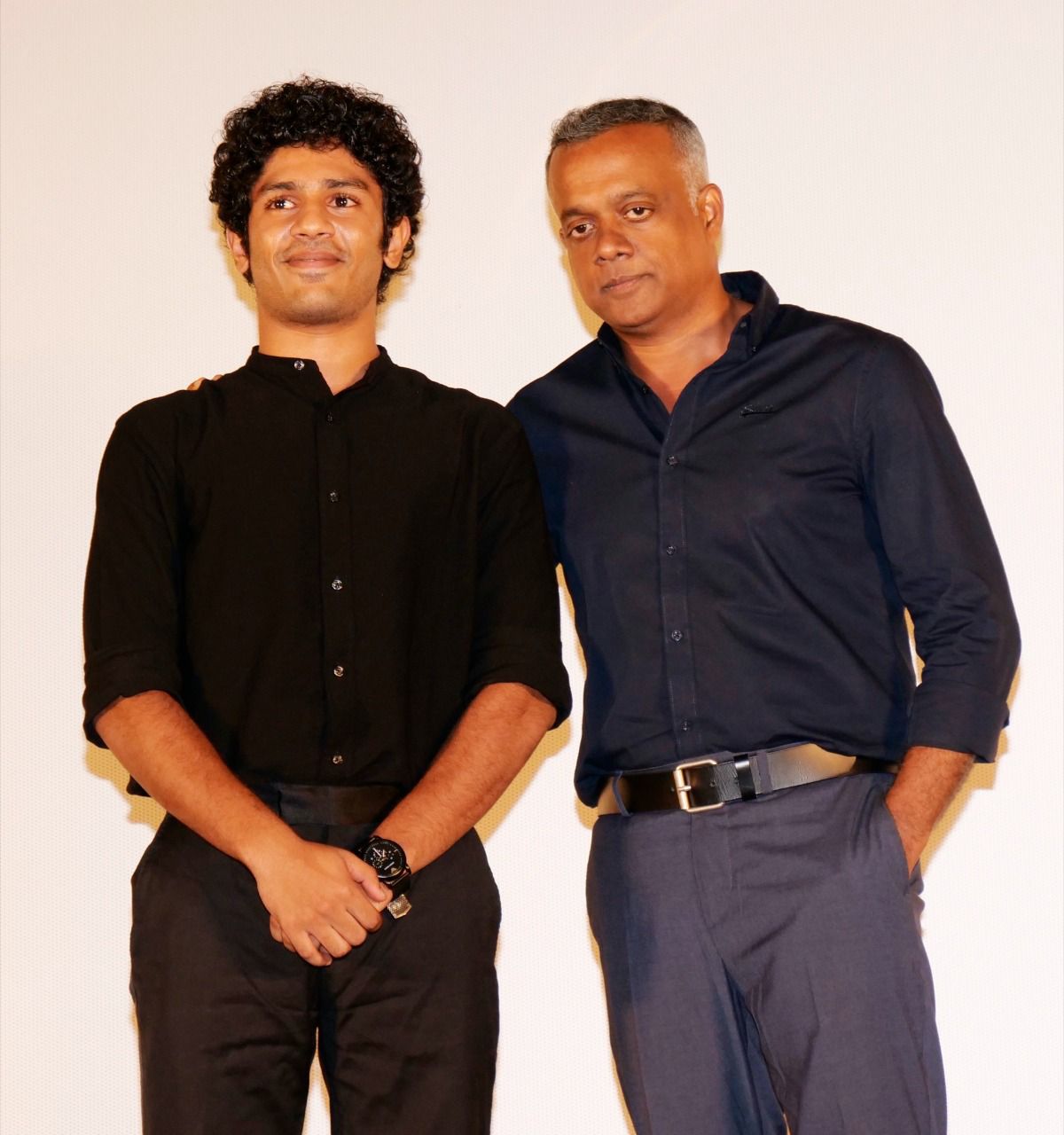 ‘Thugs’, directed by Brinda had its character introduction event hosted in Chennai.

Riya Shibu of HR Pictures has produced the movie ‘Thugs’ directed by Dance Master Brinda. The film features Hridhu Haroon, Simha, RK Suresh, Munishkanth in the lead roles. The event of unveiling the characters of this movie happened in Chennai that was attended by eminent personalities from the movie industry that including actor Arya, Directors K.Bhagyaraj, Gautham Vasudev Menon, Radhakrishnan Parthiban, Desingh, Ravi Arasu, Actress Kushboo, Poornima Bhagyaraj, Kala master and many others including top media personalities at Sathyam Cinemas.

Sam CS has composed music for this film and Priyesh Guruswamy handled the cinematography and Praveen Antony is the editor and Joseph Nellickal production designer.

Actor Arya said, “I have worked with Brinda Master in many movies. Her real nature is always laced with action, and it has reflected in this movie. There are powerful action sequences in this movie, and it is very much evident in the film’s teaser. Producer Shibu Thameens always expects uniqueness in everything he does, and I am confident that ‘Thugs’ will definitely fulfill his expectations. I am curiously waiting for the film’s arrival, and I wish the entire team the great success of this movie.”

Director Gautham Vasudev Menon said, “Brinda is a Monster. She is one of the reasons why all the songs in my movies are good. She was the one, who choreographed the action shots in the song ‘Karka Karka’ from ‘Vetaiyaadu Vilaiyaadu’. I am in no surprise when they told me that she is going to direct an action movie. She will definitely scale great heights with this movie. I was impressed with the great performance of Hridhu Haroon in the Amazon Prime Video web series ‘Crash Course’, and I am really looking forward to seeing his brilliant performance in Thugs as well. . I wish the entire team success in this movie.

Director-Actor Radhakrishnan Parthiban said, “Introducing characters through the teaser elevates the curiosity levels for the film. I always get scared to work with Brinda Master. She is a genius when it comes to choosing unique and different scripts for her directorial venture. The actors have delivered a stupendous performance that is very evident through the teaser. I wish the team success in this movie.”

Actress Kushboo said, “Directing an action film isn’t a difficult task for Brinda master as she is very well used to it. In fact, she is the real thug. She never delivers anything below the line of best. She is going to enthrall everyone by proving that women filmmakers are capable of making such action-packed movies. The actors have given the best performances in this movie. I wish them all for the finest results.”

Director K Bhagyaraj said, “The teaser has distinctly exhibited that it’s going to be an action-packed thriller, which is about the gangsters. Brinda master’s directorial debut was a feel-good romantic drama and she has now geared up with an action-thriller. This evidently shows her interest to explore her directorial proficiency in different genres. Every technician has given the best effort. The teaser heightens my inquisitiveness toward the movie. I am looking forward to meeting you all in the success meet of this movie.”

Director Desingh Periyasamy said, “Brinda master has completed shooting this movie in a short span of time. I know the story of this movie, and it is an intense action thriller. I wish the entire team the success of this movie.”

Actress Poornima Bhagyaraj said, “Director Brinda Master has a long and futuristic vision and always delivers the work with perfection. She will definitely win the laurels as one of the finest filmmakers in the Indian film industry. I wish the entire team the success of this movie.”

Producer Riya Shibu said, “I am glad to the eminent personalities from the movie industry present here for the occasion of revealing of characters from Thugs. I congratulate Brinda master on delivering such good content. Her development in the industry gives a lease of hope to many women. It is evident that the technical team has given the best output. I request everyone to watch the movie and share their views.”

Director Brinda said, “This movie ‘Thugs’, my second outing as director is completely different from my directorial debut ‘Hey Sinamika’. I thank my technical team and assistant directors for being a great support throughout the shooting. I thank producer Shibu for giving me an opportunity to direct this movie.”

Actor RK Suresh said, “I thank Producer Shibu sir. He is a hardworking person. Hridhu Haroon, the hero of this film has worked a lot to transform into a real-look of the guy from the Kanyakumari district. His sheer dedication to his work will surely elevate his career graph. Brinda Master is known for her hard work. Her rigorousness in work inspires everyone around her. This movie has a story that will have fresh elements. I thank my co-stars in this movie, and wish them a great success for the success of this movie.”

Actor Hridhu Haroon said, “I thank Brinda Master for giving me the opportunity to be a part of this movie. I take this opportunity to thank my co-stars and technicians for this movie. Everyone in this movie has greased their elbows and delivered their best to make their respective characterizations look substantial and amazing. I request everyone to support this movie.”

Cinematographer Priyesh Guruswamy said, “I feel glad for having worked with Brinda Master. I thank the actors and other technicians in the movie for their lovely support.”

Editor Praveen Antony said, “Brinda Master is someone, who is a wizard in technical aspects of filmmaking. We as a team have strived to deliver this movie. I request everyone to support our efforts.’

Riya Shibu is the daughter of producer Shibu Thameens, one of the most reputed producers and distributors in the Indian film industry. Producer Shibu Thameens has produced movies like ABCD, Puli, Irumugan, Saamy Square, and Hindi movies apart from distributing 130 movies. HR Pictures that has produced the Hindi movie ‘Mumbaikar’ has distributed movies like Vikram, RRR, Don, and now Captain. It has now produced the movie ‘Thugs’, which will be hitting screens soon., The guests of honour, who were present for this special occasion wished Director Brinda, Actor Hridhu Haroon and “Thugs” Crew for the grand success of this movie.