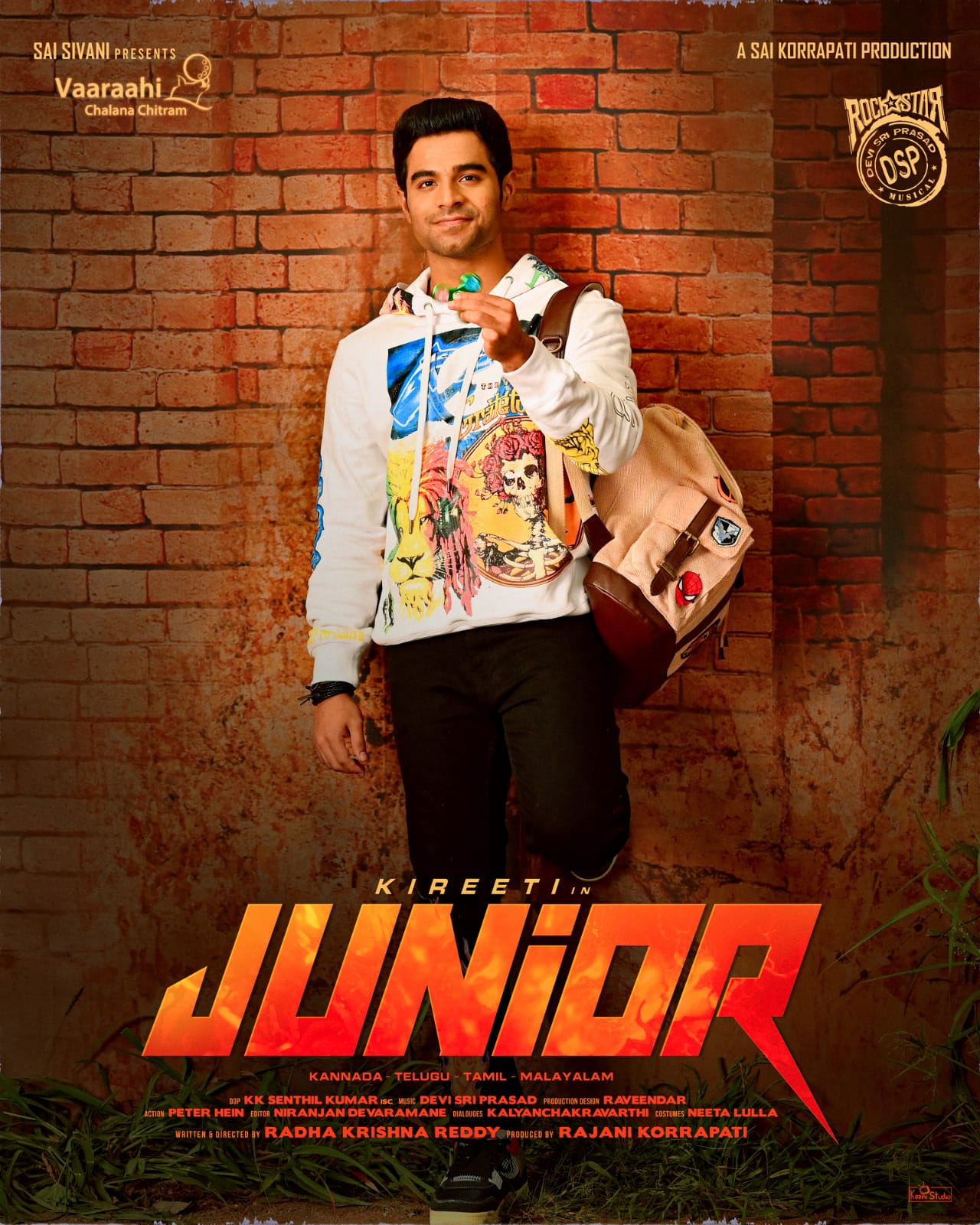 Greeti, the son of Kannada film industry’s leading filmmaker, politician and businessman Janarthan Reddy, is making his acting debut. On the occasion of his birthday, his first movie titled ‘Junior’ has been released this evening and its title look has been released.

Actor Greeti is debuting as a newcomer in Kannada film industry. The opening ceremony was held recently in a grand manner. Leading star director S. S. Rajamouli has given his dedicated work to make his debut as a Greeti actor. “He will work hard and reach great heights,” he said.

When he made his debut in the film industry, the teaser of the untitled film was released and created a sensation in the Kannada film industry and attracted everyone’s attention. Currently he is participating in the shooting of this movie. New information about this much-anticipated film is now out.

Just as Greeti’s debut in the film industry was done in a grand manner, the shooting of her upcoming film is also going on in a grand manner. Now the team has released the title look of the film titled ‘Junior’ on his birthday today (September 29).

In this film directed by Radhakrishna Reddy, V with actor Greeti. Ravichandran, Genelia Ritesh Desh Mukh, Sri Leela and others are acting. ‘Baahubali’ fame cinematographer Senthilkumar is doing the cinematography for this film, while ‘rock star’ Devi Sri Prasad is composing the music. For Ravinder to observe the art direction, the mesmerizing fight scenes are done by lead fight training director Peter Hein.

The 15th film produced by Varahi Film Productions, a leading Telugu film production company, is titled ‘Junior’. Actor Kriti is making his debut as the hero and protagonist of the story and this film is being made not only in Kannada but also in South Indian languages ​​including Telugu, Tamil and Malayalam. It is commendable that he has spoken in his own voice in the debut teaser of Greeti released in Tamil.

The introduction of newcomer actor Greeti from the Kannada film world has excited the entire Indian film world.