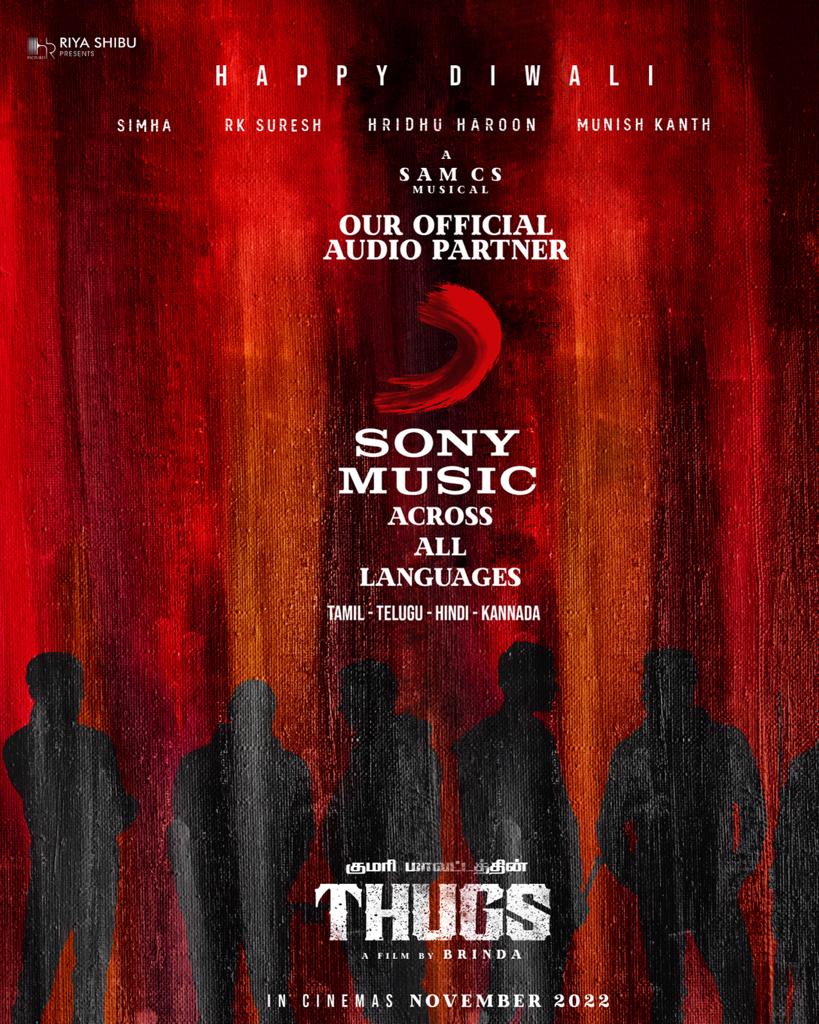 The famous music company Sony Music Company is releasing the music album of the movie ‘Thugs’, which is full of action, blood and flesh, in all languages.

The movie ‘Kumari District’s Thaks’ directed by the famous dance master of Indian cinema, Brinda Gopal, will be released soon in several languages ​​including Hindi.

Producer Rhea Sibu is the daughter of Sibu Thameens who has distributed big films like ‘Puli’, ‘Irumugan’, ‘ABCD’, ‘Sammy Square’ and more than 100 different language films.

Hridhu Haroon’s performance in the recently released Amazon show ‘Crash Course’ was highly appreciated by critics and audiences alike. Currently, she is playing one of the lead roles in the Hindi film ‘Mumbaikar’ starring Vikram Massey and Vijay Sethupathi. Apart from that, he has signed many films successively in the North Indian and South Indian film industry.

Thux has tied up with Sony Music to promote music and film in all languages ​​including Tamil, Telugu, Hindi and Kannada.

Recently, the debut video of the characters of the movie ‘Thugs’ was released and it received great response from the fans. The release of the character glimpse video with soul-stirring music by music composer Sam CS has increased the excitement for the film.

Editor Praveen Antony, who is famous for his promo editing of RRR, has edited this action flick. Cinematography by Priyesh Gurusamy.

The film team has announced that ‘Dhaks’ will release in December 2022 in Tamil, Telugu, Hindi and Kannada languages.