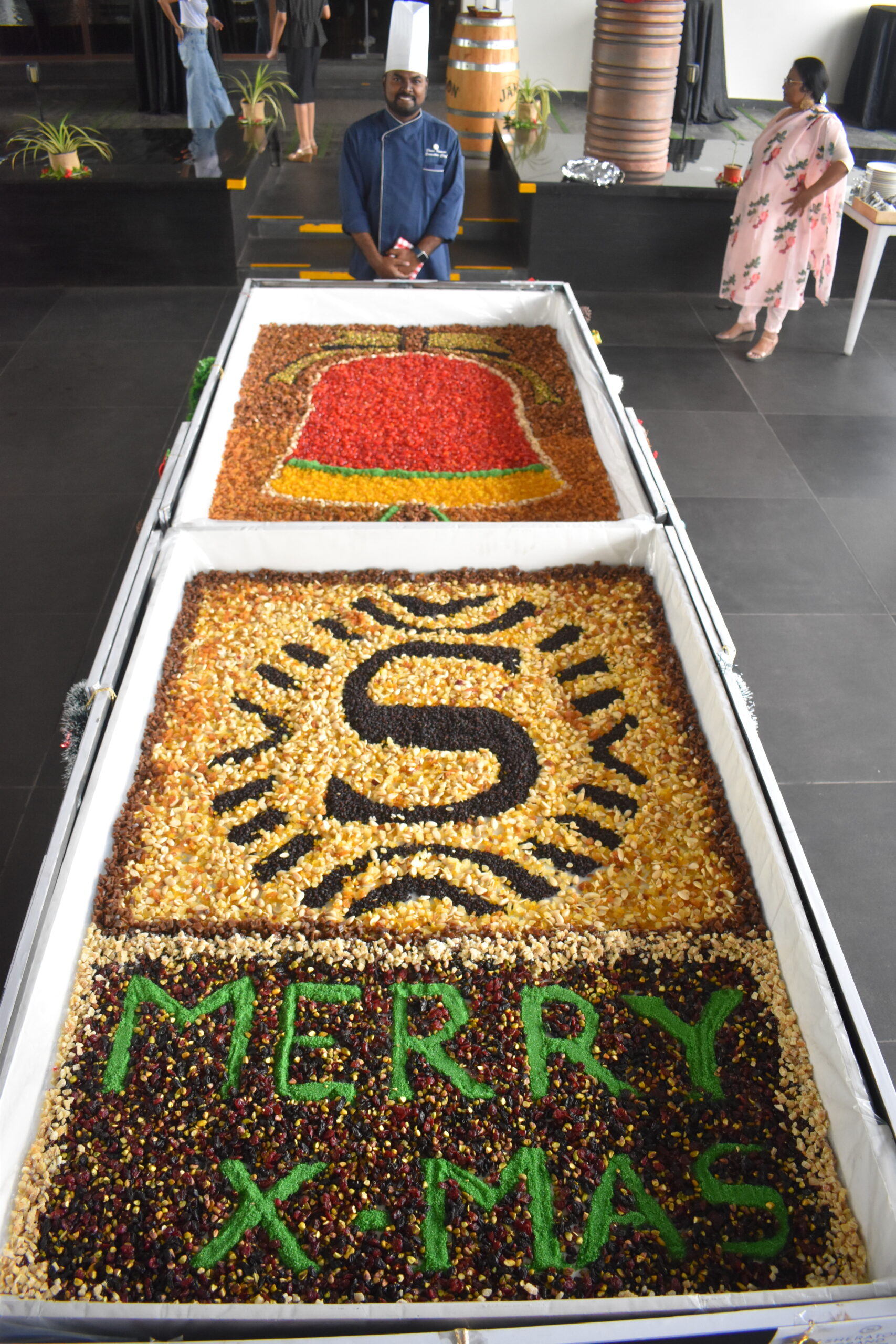 Sheraton Grand Chennai Resort and Spa, Mahabalipuram hosted a fun and exciting Cake Mixing Ceremony to bring in the Festive season. Cake Mixing is traditionally done to celebrate the

advent of Christmas and the start of the winter festivities. It is also considered to be an usher for good tidings and happiness.

mixed spices, almonds flakes and many more ingredients to incorporate together in the cake mix! A very lively event filled with music, canopies, laughter and a lot of exciting guests hosted

by The Sheraton Grand Chennai Resort &amp; Spa, the cake mixing ceremony led by their very own celebrated Executive Chef Deva Kumar and his team of chefs. The event was celebrated on a

grand scale with the wonderful guests and media along with the members of the Sheraton Grand Chennai and Spa family!

Amit Kumar, General Manager on asking his thoughts on the upcoming season he “We are ecstatic to see such a wonderful turn out and thank each and every one who took their time to celebrate and start the festive season along with us at the resort. I take this opportunity to also enumerate about the various festivities that we are hosting at the resort like the Tree Lighting, Christmas Festivities and the Grand New Year Bash. To close it off, I would like to wish you, your family and friends a fabulous festive season ahead”.