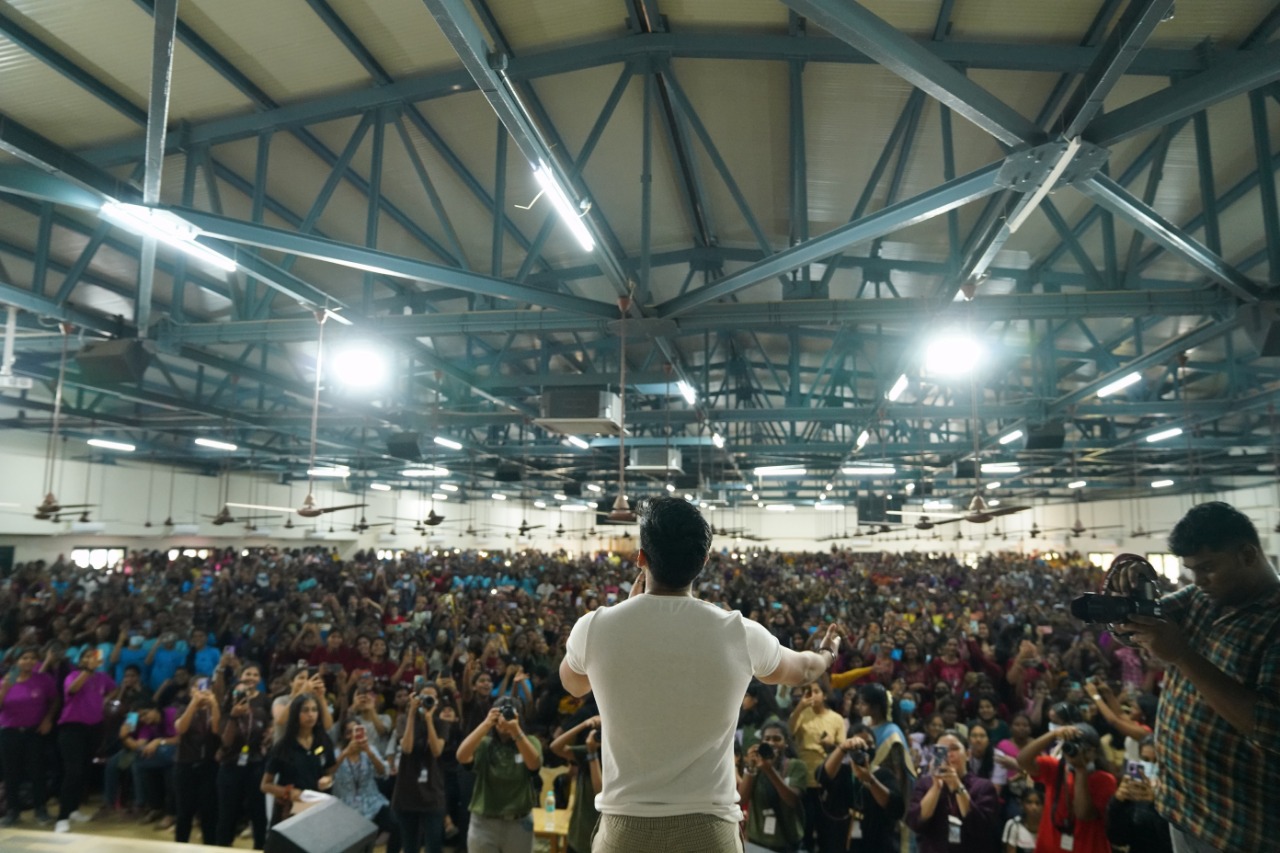 Young actor Dhruv Vikram, who is emerging as a promising star of the Tamil film industry, attended a function called ‘Battle Fest 2022’ at the Christian Women’s College in Chennai as a Special Guest.

It is normal for every star actor to celebrate their birthday with their fans. In this regard, young actor Dhruv Vikram, who has millions of fans, participated in the ‘Battle Fest 2022’ function held at Chennai Christian Women’s College on his birthday today, according to the wishes of his fans and students.

Meanwhile, the college girls came to know that today is Dhruv Vikram’s birthday and congratulated him by cutting the cake.

After this he sang the independent music album song ‘Manase..’ which was released at the request of the students.

Meanwhile, as today is the International Heart Day and also the Birthday of Dhruv Vikram, who won many hearts, it is noteworthy that the singing of his song ‘Manase..’ was appropriate for the occasion! .