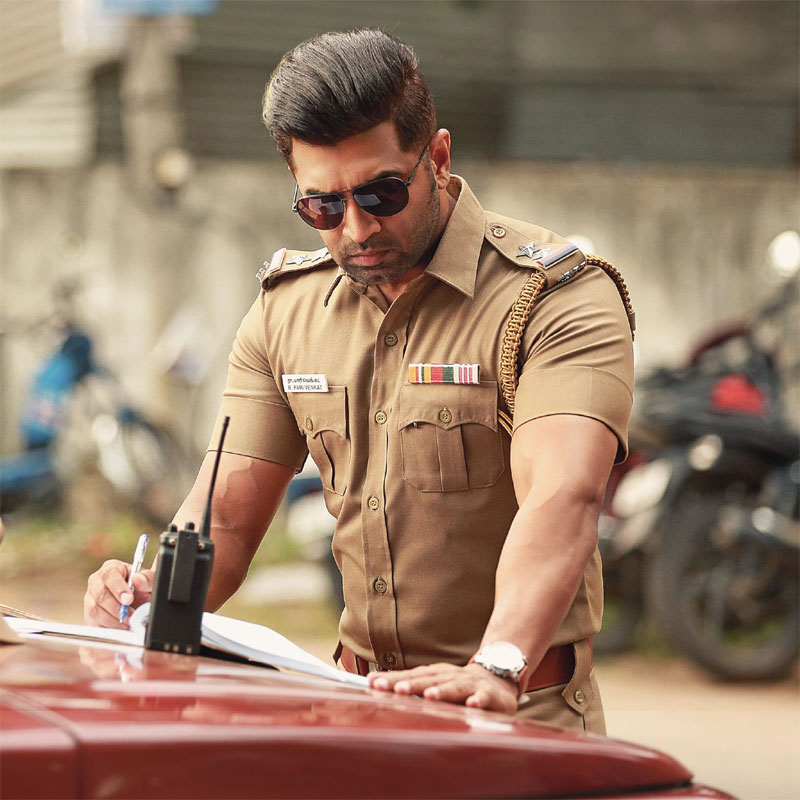 The film belongs to the genre of an investigative thriller that holds an agenda of seeking revenge too!

Arun Vijay is in his elements right through the film and the stun sequences deserve mention as they are truly breathtaking! Arun Vijay plays the cop with a cause to fight for and has tried his best to assert himself effectively.

Palak Lalwani has his pair is passable and they both manage to make a reasonably good pair on the screen.

The director has set the stage well for an emotional drama as the characters move in at a casual yet steady pace establishing the essentials admirably.

The reasons as to how and why the family of an SI Paari Venkat (Arun Vijay) gets disturbed following his efforts to built that home are quite realistic but as the narration flows, the twists and turns become predictable reducing it all to a routine revenge drama.

Arun comes good in the emotional sequences as well.

The musical score of Shabir and the cinematography of Gopinath are good enough.

The director warrants mention for trying to design the screenplay differently breaking stereo types but hasn’t been effective enough especially in the second half!

The film is watch worthy for its action blocks as well as for its emotional quotient!